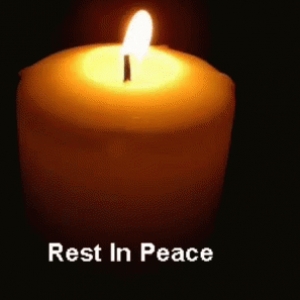 It is with geat sadness that I have to report the sad death of our much loved League President Colin Tandy, who passed away on New Years Eve.

Colin had been involved with Junior Football for over 40 years and many of those serving on the League's commitee as well as running a team in this very League. He was a true gentleman and would attend meetings and sit there taking everything in. Sometimes you felt that he wasn't listening but then he'd come out with a pearl of wisdom or a funny comment.

He has been president longer than I have been Chairman and over the years he has been a great point of reference to all us whipper snappers on the committee. A true gentleman and one that will be sadly missed.

My thoughts are with his wife Pat and their children, grandchildren and all his family.

I will leave you with words from the gentleman himself and just to say Colin you will be deeply missed.

1972 My introduction into JUNIOR FOOTBALL.  My wife helped out on a Friday night at the youth club, when the  leader at the club asked her if I would run the under 13's football team which had not got a manager, of course she said yes he would.

I got the lads together on the Friday night who had already been registered by this time and told them we had an away game on the Sunday when we actually won 7-4.  My head was in the clouds, the following Sunday and we had a home game against Hillsborough Celtic one of the top teams but we carried on and finished next to the bottom but here I am some 46 years later nearly 80 years old and for 20 years I have the honour of being President and still enjoying junior football.

Penistone Church Whites FC - Under 14
One final place is available for an outfield player within our squad. We are in E ...[click]